For the second consecutive year, mySMARTLife Follower City Palencia has won the European Prize of the Social Biking Challenge, a competition promoted by the European Union within the framework of the European Mobility Week to encourage the use of bicycles as normal means of transport in cities. The team formed by Jon Vallejo, Gonzalo García, Ana Moretón and Luis Martínez was awarded during the Social Biking Awards Gala.

Once again, the city has become the best out of 32 participants in this competition, "demonstrating that Palencia's citizens are increasingly aware of the need to opt for alternative transport models, much more respectful of the environment," said Urbano Revilla, Councillor for Economic Development.

The challenge is based on the application BikePrints, available in Apple Store and Google Play, which allows users to track their movements, in the case of the contest for a set period of three weeks, where they accumulate points, either individually, by couples or groups, depending on the distance travelled, giving them the right to win different prizes.

All participants did receive vouchers for 10 baths in municipal swimming pools. Moreover, Decathlon gave seven LED bicycle indicators to the cyclist Julito Gonzalez, the couple Alba Herrero and Daniel Lopez and the team made up of Jon Vallejo, Gonzalo García, Ana Moretón and Luis Martínez. As the grand prize, they did receive mountain bikes by the EU.

Since 2002, the European Mobility Week has sought to improve public health and quality of life through promoting clean mobility and sustainable urban transport. This year, the event, which took place from 16-22 September, has hit a new participation record with over 3,100 towns and cities from 50 countries taking part.

Article in diariopalentino (in Spanish) 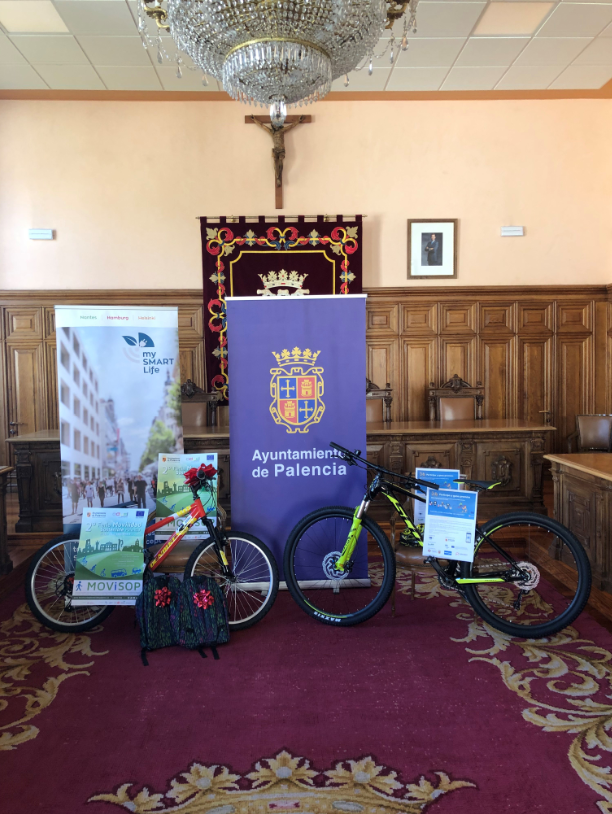